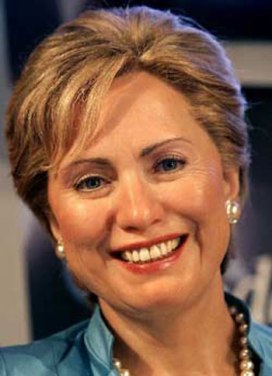 as much to learn watching Hillary Clinton’s appearances last Wednesday to talk about the events in Benghazi that left the US ambassador and 3 others dead, in front of House and Senate committee.

Firstly it was a great example of someone in a senior position being held accountable for her decisions and actions. For her it was an opportunity to bring to a closure her 4 year stint as US Secretary of state on of the most important jobs in the world. Some also say it is the a prelude to the 2016 presidential campaign where she is expected to run for the presidency of the United States of America; an example of long-term planning and taking action now to create the future.

The disciplined approach of the hearing where every member in the hearing committee was given a specific window of opportunity to question Mrs Clinton and they stuck to time without going over-board. They did not continue to argue and go beyond time even if the answers given to the questions were not to their satisfaction.

Once aspect that was significant was the respect. Every senator who questioned her, even from the opposing Republican Party started her by congratulating her for a job well done. It is so important to respect others even if they are our bitter opponents.

In answering the questions thrown at her, Mrs. Clinton showed in-depth knowledge, composure, humility, emotion where relevant, the occasional loss of patience. She displayed good listening skills and was professional in taking responsibility.

As always there are those who think she did a great job and others who think she did some damage to her chances of becoming President of the United States of America. My attempt is not to make a verdict on it but to help us learn from this important event. END_OF_DOCUMENT_TOKEN_TO_BE_REPLACED